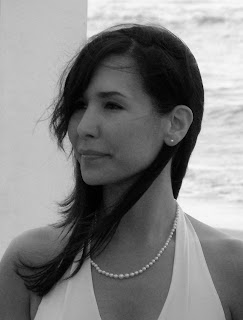 I grew up in a small town in Northern Quebec. As a child,  I surrounded myself with art, books, animation and fell in love with fantasy novels like The Hobbit and The Lord of the Rings. I worshiped movies like, The Labyrinth and The Dark Crystal. These movies with the animated puppets truly inspired my love of animation. I told myself, I was going to do that! Years later, I left my small town and moved to the city of Montreal, where I studied 3D Animation. I became an Animation Supervisor for a VFX company, and work on numerous Hollywood films. I stayed in the field of animation for more than 14 years.

Now, I use my imagination to write books. I’ve retired from the world of VFX and settled in the country with my husband and two Bernese Mountain dogs, Simba and Maggie, my children, where I write full time.
Why I chose to self-publish?
I decided to self-publish one night in March when my editor wrote me an interesting email. He informed me that he was hired by a large publishing house to edit a contracted manuscript that wasn’t a “joy” to work on, like mine was—and not comparable to it. When his wife (also an editor) told him that my book was loads better than a bestselling indie author – I decided to take the plunge. Why the hell not? I told my computer screen. These two professionals with loads of experience believe in me. Let’s see what happens!
Another factor was the countless times publishers/agents rejected my book. They all said the same thing: they loved it, but it didn’t “fit” their list at the moment. What the heck does that mean? Who decides who’s on this list? Why can’t readers decide what books they want to read? The control aspect of the self-publishing world attracted me. As an artist, I did my own cover; decided how I wanted the inside to look like and I chose the price. I didn't have a whole team of people telling me what I could and couldn't do. And that was loads of fun.
I then started to explore the world of self-publishing. My research confirmed that I had a better chance of succeeding as an indie author if I wrote a series instead of a standalone book. If I had more books out there, I had a better chance of being found by readers. And that appealed to me. I had all these ideas for different storylines for a series, so I thought this was a great opportunity for me to write my story. If the traditional publishing road didn’t work out, then self-publishing a series was the next best thing—which is what I did in the end.