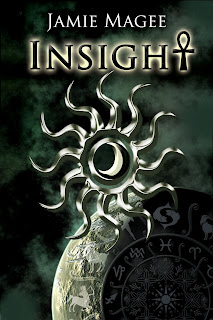 
Some say that dreams are the doorway to the soul. Willow Haywood is no stranger to that doorway. Each night she shares a blissful, silent dream with a stunning blue-eyed boy. With each new moon she is haunted by a painful nightmare shared with a different boy, who’s always hidden by the shadows.
In her waking hours she must battle her sixth sense. The one that allows her to feel others emotions as if they were her own. This insight is exhausting and frustrating causing her to draw inward, only trusting her family and few close friends. Oddly, this sense also attracts ghostly images that seem to appear out of nowhere. With a touch, they take her to wherever they may be, allowing her to change their emotion. This alone would cause most to go insane, but Willow filters her aggression by painting, capturing the emotion she changed.
One August night a nightmare came days after the new moon. In this dream the shadowed boy marked her wrist with star, leaving her father no choice but to share a family secret that would tie all of the odd attributes of Willow’s life together. Now, she has no choice but to outrun the fate that is closing in around her.
In an attempt to lure her, the shadowed figure captures her closest friends. In order to save them, she must weave through broken myths, half truths, and the undeniable power of the Zodiac. With each step she takes Willow comes to realize that she has lived before, her path is one that she chose, and this trial is simply the beginning.