A Love so Lonely Cover Reveal and $20 prize 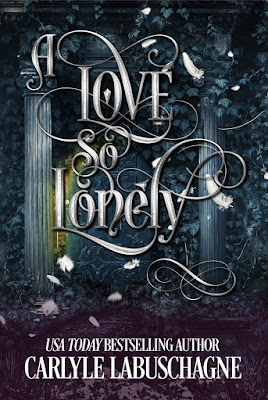 Prince Leif as gatekeeper of Purgatory has been assigned to collect enough souls to power up one resurrection spell for his beloved Avelyn.

Lina’s twenty years of borrowed life from Leif is about to come to an end.

As Prince Leif prepares her for the crossover, Johnathan has a plan up his sleeve. And the final piece of the sacred artefact that might save her, has come to them at the last moment as Lina’s life bleeds away.

Queen of Purgatory, Avelyn catches onto the treachery and sets a devious plan in motion that will lend each player with no choice but to consider betraying each other.

But as the resurrection spell takes hold, a terrible reality threatens war on the living – until the untamed Leif and his beastly curse unleashes at a terrible cost. Can Lina, Johnathan, Lina’s family and friends sacrifice the ones they love to save their enemies? All the wile finding a way to keep their promise to Prince Leif to give rise to his forgotten Kingdom, Rurith.

Pledge your allegiance to the rise of Rurith

A darkness falls over the land when the Queen of Rurith dies.

Consumed with grief, King Ivar blames their son, Prince Leif, for her demise, and locks him away in the castle.

The Prince is left in total despair, until a girl, with hair the colour of a red sunset and green eyes shows him mercy.

For six years she visits him in secret, giving him hope where none existed before.

But Ruith hides many treacherous things that threaten to bring the Kingdom to its knees.

Until the Prince and his beastly curse are released.

Posted by Worlds Away book blog at 11:11 AM No comments: