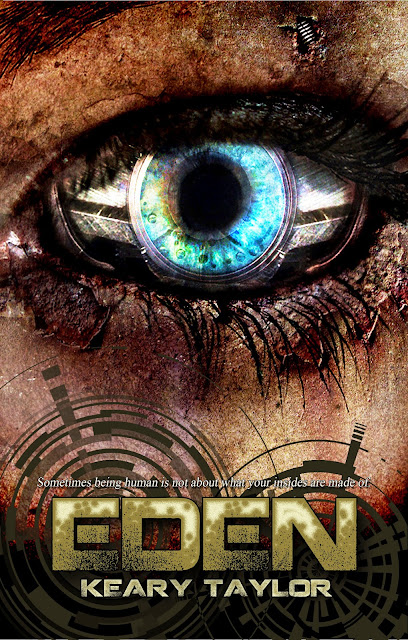 Eve knew the stories of the Fall, of a time before she wandered into the colony of Eden, unable to recall anything but her name. She’s seen the aftermath of the technology that infused human DNA with cybernetic matter, able to grow new organs and limbs, how it evolved out of control. The machine took over and the soul vanished. A world quickly losing its humanity isn’t just a story to her though. At eighteen, this world is Eve’s reality.

In their Fallen world, love feels like a selfish luxury, but not understanding what it is makes it difficult to choose between West, who makes her feel alive but keeps too many secrets, and Avian, who has always been there for her, but is seven years her senior.

The technology wants to spread and it won’t stop until there is no new flesh to assimilate. With only two percent of the human population left, mankind is on the brink of extinction. While fighting to keep Eden alive, Eve will discover that being human is about what you will do for those you love, not what your insides may be made of. And even if it gets you killed, love is always what separates them from the Fallen.


Book Trailer
Posted by Keary Taylor at 8:10 AM