TELL NO LIES by Kelsey Reed

“Wet, warm sweat pearled on her flushed cheeks. With the focus of a predator, she kept her breath low, controlled her heart rate, gaze fixed on the doorknob.
Claire the victim. Always wearing sunglasses, buying too much make up. Why was she covering up? They kept on asking that. Such a beautiful face, gifted by the gods, ruined by thick layers of make-up. Every word pierced her heart as she walked by them, words whispered in the office passages. Was it their empathy or pity that beckoned her to run, to leave him? For they believed her, but no one dared say or do anything about it.
Their eyes pleaded with her, as if asking forgiveness for his cruelty, for his abuse. They kept the words buried, admitting that they, too, had a hand in all of it. Their silence came at an unbearable price. Self-righteousness was just as bad as fear, as guilt, numbing the heart into desolate quiet, silence. 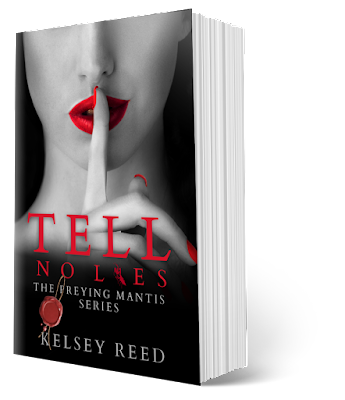 She couldn’t care. It was beyond physical abuse. Claire knew that the next time John laid hands on her, it would be the last. Every time he touched her, kissed her, tore the clothes off her body, she made love to a dead fish; cold, sweaty, wet with the stench of an over consumption of alcohol.
That night, he had her fooled. John was one step ahead of her all the time. He brought home a friend. At first, she only heard his heavy, unbalanced footsteps thundering as he climbed the porch. Awaiting her prey, determined to end it all, ready to pounce and go for the kill, the second set of feet following him threw her into disarray.
Stunned, confused, she watched as he entered with another, worse monster. A demon that still haunted her, eating away at her soul. Never again. He, too, would pay. She was certain of that.
Bewildered, heart racing, she stepped back. Thrust against the cold, hard, dead wall, they were on top of her. Inside her, covering her with their filthy, demonized, deadly stench.
Convulsions sprang up from inside her. The pain was intense as both penetrated her, engulfing her soul with the fire of hell itself. She passed out. Faded into the vast blackness that swallowed her whole.
She felt lightheaded when she came to. Fast, forced air wheezed through her torn lips, drowning her in her own blood. Red. Blood. Everywhere.
Claire crawled in drenched clothes through the front door, across the porch, onto the lawn. She left a trail. Evidence. She drew his name on the pathway. The police found it, but never her. The case was dropped, but Claire did enough damage to draw attention. She knew, whoever he worked for, wouldn’t like it. She knew he was a drug dealer. Now it was a race for survival.
She faded into the nothingness. The black of nothingness.”

Kelsey Reed is a romance and suspense author. From time to time she writes a fantasy novel to free her creative side. As a woman and mother of two beautiful children, she is also an activist for women and children.
Which is the reason for the birth of this series. Preying Mantis is about sex trafficking, the brutality with which women are treated, as if they were mere animals. Book 1 introduces the reader to the protagonist, Claire. How her normal life, or rather mundane life filled with happiness turned sour when abandoned into the hands of evil, narcistic adults.
Claire is stripped from her life, her innocence, her lover and partner, all because she declined her fate, her destiny determined by her evil, narcistic Nana. In her journey of finding herself, she regains memories of her life that had been suppressed due to all the trauma in her life.
Join Claire on this journey of hardship, truth and love. Will Claire heal? Is Love real and who will win in the end? Good or evil? 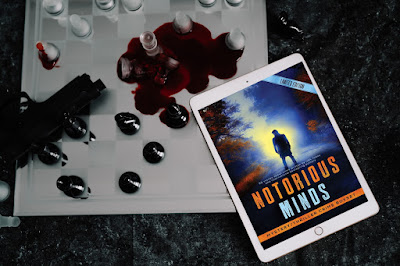 Posted by Worlds Away book blog at 1:54 AM No comments: