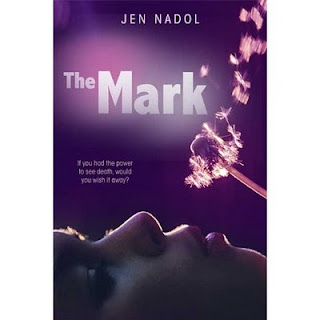 Hey all you readers and writers! Emma Michaels here to introduce our guest author of the day:
Jen Nadol
Hello Jen and welcome to The Writers Voice!

Who do you feel is your most relatable character to readers?

I have to go with the protagonist of the series, Cassie, because so much of the stories center on her. You get to know her deeply and a lot of readers have told me they found themselves really thinking about her dilemma as their own…what would they do? Plus, she’s very real in that she’s flawed. Sometimes she makes decisions you know she’ll regret later and sometimes she learns from those mistakes, but not always. Just like all of us.

Are the traits of anyone close to you apparent in your characters?

I definitely “borrow” from people I’ve known – things my history teacher used to do in class, the name/ethnicity of a grade school friend for one of the characters in The Vision – but my characters aren’t modeled after anyone specific. At most they’re composites of real people with a very heavy dose of fabrication.

Probably Mr. Ludwig, the Japanese mortician in The Vision. I haven’t seen a lot of those in YA lit.

What are your favorite song lyrics?

Alan Jackson’s Remember When is amazing. Makes me cry almost every time (I never play it…I don’t like to cry). But there are little bits from lots of other songs that strike me whenever I hear them for how uniquely descriptive they are, like “I drank so hard the bottle ached” from Beth Hart’s LA Song or “the marks on your dress had been neatly repressed” in The Offspring’s Kristy, Are You Doing Okay? (the double-entendre of “repressed” is so perfect). They’re the kind of “just right” phrases it feels so great to write and I really admire them in songs.


Do you have a playlist for each of your novels? If not, can you think of a few relevant songs?

Hmmm. This is kind of a tough one. I don’t have playlists and as much as I like music, I really don’t connect it to my writing, but I’m going to go back to Remember When for The Mark since it’s about all the vivid times – good and bad – that make up a life and part of what I think about with that book is how important it is to make the most of the time we have. And, for The Vision, I’m going to go with Don’t Fear the Reaper by Blue Oyster Cult. But you’ll have to read the book for the “why” ;)

I don’t think I’d want anything that would change life dramatically. Some of the stuff that’s hard or that you have to figure out on your own, has rewards that you’d lose or diminish by taking an easy way out. So, I’m going to go with the ability to snap my fingers and have stuff in my house go back to where it’s supposed to be. I have three little boys and feel like I’m constantly picking up and putting things away!


To all our readers out there, thank you for following The Writers Voice and happy reading!
Posted by Emma Michaels at 6:06 AM