Hey all you readers and writers! Emma Michaels here to introduce our guest author of the day

Hello Marta and welcome to The Writers Voice. 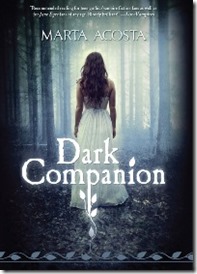 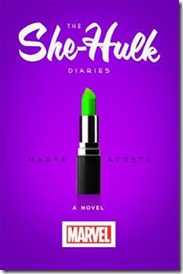 I wrote four Casa Dracula novels featuring the irrepressible Milagro De Los Santos, and she’s very special to me. I wanted her to have qualities that I admire in life and in fictional characters. She’s optimistic, but snarky. She’s as happy to delve into serious issues as frivolity. She’s a chronic flirt and also an independent woman. Readers often tell me that they feel like they know her, that she’s like a friend. I feel the same way.

This is a huge question because I’m not only a writer, but a Latina from a blue-collar background who brings her own perspective on issues of race, class, and gender. My primary goal is to entertain readers, but I’d also like to make them think a little differently about stereotypes and expectations. I don’t write idealized characters, though; my characters are mixed up and flawed, as are we all.

What do you feel is your biggest writerly fault and how do you deal with it?

My biggest writerly flaw is second-guessing myself in my efforts to survive as a writer. Publishing a book is a collaborative effort, but the truth is that I do not play well with others. I’m always changing my mind about how much I’m willing to compromise.

I would suggest that aspiring authors spend lots of time daydreaming and really thinking through a fictional world. Don’t come up with some arbitrary concept with no justifications, like “There was a plague and now everyone is a brain-eating zombie!” Why was there a plague? Were there warnings? What kinds of zombies? Isn’t it self-defeating for zombies to eat brains and destroy their only food source? Just spend time thinking of all the weird questions.

Where do you do your best writing? Do you like to have certain surroundings?

I have a little alcove that serves as my office. One window faces the back garden so I get to see the seasons changing and all the birds, bees, butterflies, and flowers outside. I can watch squirrels in an oak antagonizing my dogs. I don’t like moving around, and I grumble when I have to work elsewhere.

Tell us something about your book that we wouldn’t know just by reading the blurb.

Hmm, which book? I’d say that for every book, I’ve written, there are a dozen scenes that get edited out. There’ve been the times that I completely changed my mind about a character, especially when I’m trying to make a situation funnier.

I saw a Royal Shakespeare Company’s production of “A Midsummer Night’s Dream” when I was 15. I was dazzled by the language and the humor. I also loved science/math, but that made me want to pursue writing, study theatre, and go to England, and I did those things.

Yes, don’t be afraid to change agents if you have different goals. Also, learn more about the opportunities that new technology has to offer, like self-publishing and creating audiobooks.

Thank you for stopping by