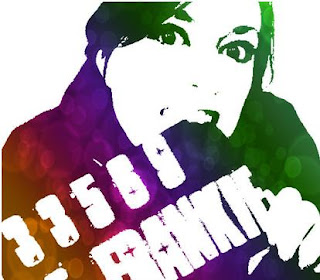 On June 4th 2012, while walking to work, one Mr. Ivan Andrews of 4271 West Avenue, witnessed the alleged offender, armed with a neon pink spaghetti strainer, hanging from a tree, screaming abuse and throwing her shoes.

Upon approaching the alleged offender, Mr. Andrews enquired as to what seemed to be the problem. At this point, the offender is reported to have sworn profusely at Mr. Andrews and referred to him as a “stupid, stupid man.”

She was heard to scream, “I swear I’m going to kill you. You just wait. I’ll going to make you suffer, you monster!” At this point, Mr. Andrews was met by a couple of women passing in the street who apparently knew the alleged offender. Both women were sympathetic to the offender’s cause, and began cheering her on. Confused, Mr. Andrews claims he asked the women what was going on. He indicates the women told him the alleged offender was a writer, and the bird had been singing outside her study window for extended periods of time, distracting the alleged offender from her work. This, according to the women, was unacceptable behavior.

The alleged offender will be detained for an undetermined period of time, until she displays the necessary composure to return and function as a normal member of society.

THIS IS HOW I FEEL SOMETIMES. THE BIRDS JUST DON’T SEEM TO GET IT.


Us writers… sometimes we get touchy. For me, I’m usually at my worst when I’m reaching the final stages of my manuscript and the light is visible at the end of the tunnel. I want- no I need everything to happen quicker than it is. I feel like if I don’t get things down today, or preferably yesterday, then I’m liable to forget all of the perfectly imagined scenes that have plagued me for weeks already, waiting impatiently to be penned. Or more accurately smashed out against laptop keys with an electric fury. I like to call this period of writing ‘The Rage’.

While mid-Rage (like other authors, I’m sure) I may or may not have the tendency to overreact to minor distractions and interruptions.

I’ve been known to shoot my husband an exasperated look while saying, “No, of course I don’t want food!” My body’s requirement for sustenance is obviously on hold, since I’m so unbelievably close to completing my book that it understands I don’t possibly have time to eat. I survive off my fat reserves during The Rage. I know this. My body knows this. And now so does my husband.

Thankfully, my better half also understands my need for complete control over my surroundings when I’m summiting the final haul of my mountainous battle to Complete The Book. He doesn’t mind me screaming out of the window at the amateur-hour workmen doing very important ‘construction’ work (digging a big hole). He doesn’t mind me walking around in my mermaid-print PJs during the day, because I’m too angry at the disorganized state of my wardrobe to consider rooting through it to find something appropriate to wear.

I’ve tried to change. I even tried yoga, which, for me, was an incredible step into uncomfortable territory. I’m more likely to attend a Muay Thai class than Pilates. Let’s just say, the tranquility didn’t stick. I’m never going to be the flower power-type hippy with a daisy in my hair, concentrating on drawing my consciousness into my crown chakra. That’s just not me.

So I do other things. I run; I listen to raging music to match my raging mood; I manage to growl in such a way that implies I’m not beyond chewing off a limb if anyone disrupts my flow. I’m sure most authors out there must have coping mechanisms prepared for the most stressful parts of their writing processes. I’m keen to learn what they are. Who knows- maybe I’m not the most psychotic person to ever abuse a laptop.

There have to be hundreds of potential remedies to cure The Rage. If anyone feels like sharing their sure-fire tips for guaranteeing they don’t end up in a tree, brandishing novelty colored kitchen utensils while mental health workers discuss the best way to jimmie them into a straight jacket, then please feel free to share!!!

In the meantime, I’ll concentrate on blocking out the world and writing some more books. I hope someone, somewhere out there, likes them.


Frankie Rose is a twenty-something author who is angry less frequently than she makes out. Her debut novel, Sovereign Hope, is released on the 1st of July, available in ebook and paperback from most online stores. She invites you to nosy through her website at www.frankierosewrites.com, where you can find a teaser for her Sovereign Hope, as well as the book trailer!