Today we'd like to feature an excerpt from Squalor, New Mexico, a highly rated "coming of age" story by Lisette Brodey. Lisette is known for her character-driven novels with multi-layered plots, and Squalor certainly delivers! Her other works include Crooked Moon and Molly Hacker is Too Picky!. Please let us know what you think in the comments. We'd love to hear from you! 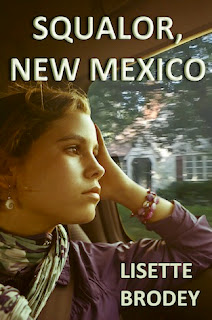 My aunt Rebecca lived in Squalor. I first heard my mother and my aunt Didi discussing this one day when I was nine. I was supposed to be in my bedroom doing homework, but I snuck down the back stairs into the kitchen for a McIntosh apple and an Oreo cookie. Mom and Aunt Didi were close by in the dining room, huddled together at the corner of the table, as they often were, and they were talking about Aunt Rebecca. To me, the most curious thing about Aunt Rebecca, whom I had never met, was that Mom and Aunt Didi only brought her up when they thought no one was listening.


I had no idea what all that meant, but it seemed like such an odd thing to say that I was willing to take the risk of letting my presence be known and ask. “What’s squalor, Mom?” I said, walking into the dining room.


“Goodness, Darla!” Mom said putting her hand to her throat. “How long have you been listening?”


“Not long. I just came down for an apple.” (I thought it best not to mention the cookie.) “What’s squalor, Mom?” I repeated.


Aunt Didi, knowing Mom would be loath to answer my question, took hold of the reins for her. “It’s a town in New Mexico, Darla. It’s an Indian name.”


Mom looked at Aunt Didi in amazement. I figured she hadn’t known what it meant, either.


“You have a book report due tomorrow,” Mom said.


“Well, you’re not going to get it done standing here, are you?”


“What did Aunt Didi mean about—”


“All right. Forget it!” I said indignantly. “How am I supposed to learn stuff if I don’t ask?”


I walked back through the kitchen to make my way upstairs, mumbling about how I had been treated. I knew that Mom hated being angry and having to raise her voice, but from where I stood that was no reason to slink into passivity and to allow Aunt Didi to do her yelling for her—especially when it was directed at me.


But Mom wasn’t the only passive one in the family. Dad very seldom got angry either, and even when he found himself in passionate discord with the rest of the world, he did little or nothing to argue his contrariety. Instead, he just seemed to “go with the flow”—always following someone else’s footsteps rather than blazing his own trail. Naturally, he had plenty of opinions to express, but the things he griped about—like dishonest mechanics, rainy weekends, and bad restaurant service—never seemed to hold much importance. Once, I asked him why he didn’t scream and yell like other fathers, and he told me that when you yell you lose control, and losing control is a very bad thing to do. Of course, the older I got, the more adept I became at recognizing his anger, as well as his oft-times Herculean efforts to keep it under wraps.
Dad had a penchant for speaking in clichés, which I suppose was a convenient way of acquiescing to “the flow.” For him, quoting something that had been said before, meant that he didn’t have to worry about holding unpopular or radical opinions. Clichés solved everything for my father. “Well, Darla, to coin an old phrase, you only go around once in life, you know,” or “You never have a second chance to make a first impression,” and “Well, that’s the way the cookie crumbles.” I found it strangely fascinating that you only go around once in life, yet what goes around comes around, and that absence makes the heart grow fonder, yet out of sight means out of mind. 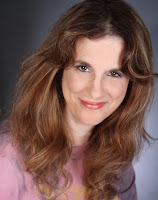 About the Author
Lisette Brodey is originally from Philadelphia and moved to New York after high school. It’s a really long story, but she is now residing in Los Angeles. She’s published three novels, Crooked Moon, Squalor, New Mexico, and Molly Hacker Is Too Picky! Her fourth novel, in the YA paranormal genre, is due out this summer.
Posted by Raine Thomas at 4:00 AM