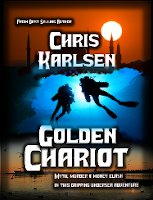 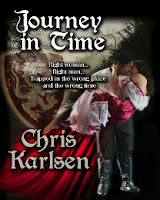 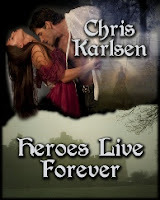 Inspiration to Research to Magically Lucky
By Chris Karlsen


I’ve had the good fortune to travel many places. In my travels, I found myself often saying, “I’m glad I got to see___,” fill the blank...,”this famous museum, this remarkable cathedral, this mountain range.” You get the drift. I also found myself thinking that having seen those things I wasn’t in a hurry to return. Then, there are the other places. The ones I felt such a strong connection to, it was almost palpable and without a doubt, I’d return.

Turkey was one of those places. The connection was immediate and I also knew I’d use it as a setting for a book someday. A few years ago while on vacation there, I visited the ruins of Troy. I walked the grounds admiring the imagination of the Bronze Age architects who designed thick stone walls to be built at an angle. Their design rendered an attacker’s scaling ladders ineffective.

I walked the avenues along the top of the walls with a view of the Dardanelle Strait. I envisioned how it must have looked to a citizen of Troy filled with the sails of an invading Greek army. At the same time, behind me, a tour guide pointed to a distant knoll and told his group it was referred to as Hektor’s burial mound. Hektor of Iliad fame, Homer’s courageous and honorable Trojan Prince. My favorite character in the Epic Poem.

Ah!! Inspiration. I had my setting. I had my heroine’s idealized view of Hektor and Troy and that he had a Golden Chariot. I had her profession, an archaeologist, and her goal.

While researching Golden Chariot, I read about the Uluburun, the oldest shipwreck ever discovered. It sank off the coast of Southern Turkey in approximately 1300 BCE. The story fascinated me and I knew Charlotte Dashiell, my heroine, would have to be a nautical archaeologist. I returned to Turkey to try and learn more about the recovery. The remains of the wreck were on display in Bodrum at the Underwater Museum there. The recovery project was conducted by INA-the Institute of Nautical Archaeology, also in Bodrum. So, I headed for Bodrum.

I rarely chat up strangers, on planes or otherwise. My husband is more gregarious and he began talking to a man on our flight while in line for our visas at Ataturk Airport. My husband told him the purpose of our visit. As luck would have it, it turned out he knew several staff and recovery team members at INA. He gave me a contact name, which led to a private tour of the facility. I was shown desalination tanks, pictures documenting the Uluburun project and others, the conservation lab and where they work to reconstruct artifacts. Even more lucky for me, they patiently sat and answered my myriad of questions.

During our conversations, (yes, they were kind enough to do more than one with me) I learned that all legitimate archaeological sites in Turkey have a representative of the Ministry of Culture present. They oversee the safety of recovered artifacts and the integrity of the site. The minute I heard that, I had my hero, Atakan Vadim.

Maybe I was in the right place at the right time and simply got lucky. But I like to think there was a bit of magical luck involved. My original plot idea was a thriller set in Istanbul, which is so exotic and interesting. That changed that day on the hill in Troy. What are the odds of being at Troy on a day when I just happened to be within earshot of the tour guide pointing out Hektor’s grave mound? What are the odds of stumbling across an article involving a shipwreck project that started in the 1980s? What are the odds out of all the passengers on that Airbus, (a good third of them Americans needing visas) a man with contacts at INA would be in line next to us?

As writers, we view everything as having story potential. If we stay open to that possibility, we might get just plain lucky or...magically lucky.

I confess, a part of me wants to believe what I deemed the breeze that day on the hill at Troy, was Hektor whispering in my ear...change the story.


And now for a giveaway!
it may take a moment for the Rafflecopter form below to show.

Posted by Emma Michaels at 6:48 AM