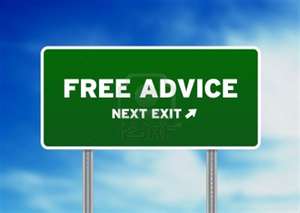 When I was a young boy I liked to play basketball. I had a hoop outside my house and whenever we had a free day in gym class I’d shoot hoops with some of the other kids. But I wasn’t exactly the next Michael Jordan. My Dad, who was ten times the player I was, told me that in order to get better I needed to continue practicing. That was an obvious answer, and it didn’t do me much help, but then my Dad gave me another piece of advice that actually did help me not only in basketball but in life itself.

“If you want to get better at something, you need to not only practice it, you need to study it.” he told me.

I took that to heart. For basketball the advice meant to not only go outside to shoot hoops, but to watch the games to see how the professionals did it and take notes. Though my Dad’s advice was meant just for basketball, I took it and applied it to many aspects of my life. One of those aspects being my writing.

I will admit when I was younger I didn’t read like a fiend like I do today. I actually had to take special classes to learn how to read better, because I was a bit behind everyone – though I personally blame that on the fact I moved around so much. Everyone thought I was slow because I took these classes. I nearly died laughing when they found out I was reading at an eighth grade level in the second grade thanks to these classes.

So, when I decided to be an author I set out to write as much as I could. I wrote, and I wrote, and I wrote. But during those early years my writing wasn’t up to snuff. I had the creative mind, and the dedication, but not the grammatical wit to bring to life my ideas. I studied hard in school, absorbed my vocabulary like a sponge, but still I wasn’t author level. So I said to myself, “What can I do?”

I remembered my Dad’s advice, and it hit me. If I wanted to be a better writer, I not only had to practice writing, I had to study it. And what’s the best way to study writing? Reading!

I rectified my mistake as a kid in not reading as much and started my own library. I read novel after novel, taking example of how other authors wrote. If ever there was an issue in my own writing, I’d go on to read to see how other authors dealt with the same issue. I read a variety of novels, learning how different kinds of people wrote different kinds of books. I never really was interested in non-fiction, and I always had a penchant for the Supernatural, even before the Twilight fad, so I read mostly paranormal fiction. So, of course, I wrote paranormal fiction. I had many trial and errors, but in the end I came out on top with my debut novel, Dehumanized. It is everything I ever looked for in a novel, and it couldn’t have come to life if it wasn’t for my father’s advice.

I could have been told the same thing by a teacher, or heard it on TV, or could have seen it anywhere on the internet, but it wouldn’t have meant as much to me as it did when my father said it. When he gave me that piece of advice, my life became much better because I knew how to make it better.

So, I say the same to you. No matter what it is you’re interested in, study it. Don’t JUST practice it; make sure to take notes from others. Doing something completely alone is almost impossible. If you’re trying to make a successful blog, take a look at other successful blogs to see what it is they did to become successful. If you’re trying to be an artist, look up other artists and see how it is they created their craft. And if you want to be an author, do what I did and pick up a book and see how it’s done. It’s great advice, trust me.

-Michael
Posted by Mloring at 6:00 AM