Arson Giveaway and Killing off Characters 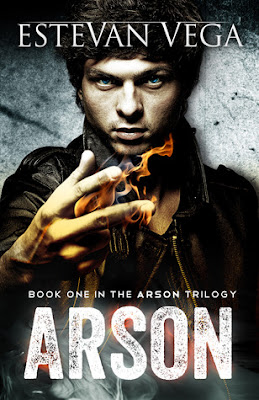 How to Kill the Bad Guys

I know, I know…you’ve all been wondering, waiting, with baited breath, for this post. Why? Because we’re all a little sick in the head. We’re conniving, little masochists, aren’t we? Well, seek no more, look no further. You’re ideal post has arrived.

Killing your characters should never be a sad thing. You don’t have the obligation of sending the family money as compensation for their death. There’s no wake to attend. No legal reprimands. No handcuffs. It’s quick, painless, and can be quite fun. I know, strange concept, right? But when it comes to the page, anything’s game, and it can be fun.

So how do we get rid of those dastardly perps? Well, a fun way to cash their check is a straight-up bullet to the head or chest. You might want to have the killer use a silencer, so others don’t suspect a thing. Make sure they use gloves to avoid leaving behind prints. And hire a cleaner to tidy up the joint. Leaving behind a rose is also a nice touch or a card with nothing written on the outside; but on the inside, feel free to script something witty like Gotcha, sucka! (insert your own version of Samuel L. Jackson’s classic tone here)

Okay, for those who are wary of using guns, a knife or perhaps a screwdriver is necessary. I saw the screwdriver employed in Secret Window, and it just seemed right. It got the job done. Everybody has one in their garage. And it’s got a blunt end, which makes the weapon of choice more than capable. It also adds a little bit of a twisted-ness to it all. A knife is good as a last resort, of course. Both weapons are ideal if a more “personal” touch is required. Aim for veins, the temple, or in a desperate situation, just spear the leg.

Bombs. These little mechanisms of destruction are good if you want to take out a train, airplane, a shopping mall, or just feel like a good ’ol fashioned explosion is in order. Maximum damage is likely. Limbs will fly. Guts will be seen. Hot women will run and scream, arms flailing around. Tons of collateral damage will ensue, but the Wal-Marts should stay intact. Ideal agent to contact: Sir Michael Bay.

Evil Chewable(s): These ain’t the Fred Flintstone variety, peeps. You know in those spy thrillers how the bad guy always manages to bite down on some secret pill he had tucked inside his cheek? Yeah, the agent in charge of eradicating said scumbag is often upset, confused, and stuff gets complicated real quick. This is an interesting, suspenseful method of leaving the reader hanging, breathless, and needing more.

Virus: Welcome to the twenty-first century. Nukes and bombs are so last World War. We’ve gotten much more creative in our methods of decreasing the surplus population. Think mutated humans. Think zombies. Think sudden deaths, or slow deaths, respectively. Societies wiped out in an entire region in a matter of days. If this is your idea of a party, then bring on the airborne virus, you sick, sick pup, you.
And last, but certainly not least…the suicide: Yes, this trick is often saved for those antiheroes who are maybe misunderstood or who lived a bad life, but this is their wildcard, their shot at righting the wrongs. Sometimes, this is a way for the writer to establish a connection between the reader and the fragile mind. A way for them to sympathize or empathize. Maybe they just could never be good enough. Maybe daddy didn’t love ’em. Or maybe they’re rotten to the core, and they believe there’s no way out but to off themselves. See: Romeo and Juliet, The Mist, The Virgin Suicides, and a lot of other melancholy flicks.

So whatever method you so choose to end them bad guys…do so with care, with caution, and remember, they probably had it comin…you know, whatever helps you sleep at night.
If you like me, check yes…and go follow me on the twitter and Facebook.

And, um…spread the fire, you creative mastermind, you,

Posted by Emma Michaels at 6:53 AM