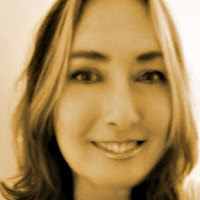 I remember the first time I thought that I should write. I was in my early 20s, and it wasn't long before it became my passion. Still, I would struggle with this passion inside me for many more years. It was a passion that would not die, though I tried to tamp it down, even when I had no time, or energy, left for writing after working all day.

I had sat down with an old typewriter over 25 years ago. I was interupted when I went to Barrow, Alaska for nearly 2 years, but when I returned, this time I brought back some experience with computers, so I went gone out and bought my first desktop. I finished, To Tame a Wild Hawk, entered, and won, a contest--but I still did not publish it for over 15 years.

Instead, I got a divorce and became involved with a man who would take me on a brutal roller-coaster ride. I would fight as he tried to squash out my love for writing the first few years, and then withdraw when he tried to support it for the last few years--and though I won Midwest Writers most promising writers award, I still did not try to publish--until after I broke free.

Then, two years ago, I sat down and cleaned up my story the best that I could and self- published it on Amazon. Later, I cleaned it up some more, put a new cover on it and also placed it on Smashwords and Barnes and Noble. It wasn't long after that, as I bumped along, learning how to blog and put up websites, that I found an editor and on a barter system, wrote a second book, this time the first in a paranormal series, and with her help, cleaned them both up yet again. 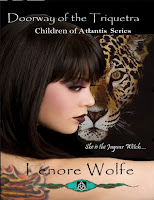 I saw the pattern towards ereaders building during that time, and I knew that we were heading towards revolutionizing the way we publish, but even I didn't see how fast that would take place. Within the year, it went from Amazon can hurt your future publishing opportunities--to Amazon is the future of publishing opportunities. Now, you can make a name for yourself and even pick up more great publishing opportunities because of Amazon. Should you chose, you can let yourself get picked up by a more traditional publisher, or you can build yourself into a New York Best Seller--all on Amazon yourself. It is all in how hard you're willing to work for it.

Currently, Dark Warrior: To Tame a Wild Hawk, made #3 on Kindles Top 100 Free reads, and stayed within the Top Paid 100 for several more weeks after that, and now, a small romance publishing company is considering picking up the series. I don't know if I will go with them or continue on my own, but I am considering my options. Not bad for a struggling girl who use wrote the first of this series while living on top a mountain:) 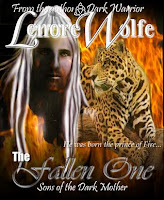 I also have two YA series coming out: Realm of the Elemental Witch and Realm of the Jaguar Witch. The first books of these two series is also due out this summer.

I feel blessed to finally follow my dreams, and I look forward to your feedback:)