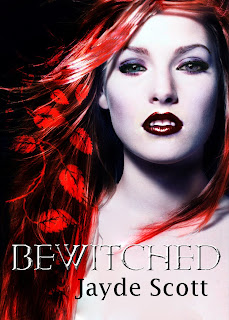 Having just been turned by her gorgeous vampire boyfriend, eighteen-year-old Amber Reed is bestowed with the ability to see ghosts. Between trying to figure out how to control her bloodlust and solving the mysterious disappearance of a friend, Amber realizes someone wants to step into her shoes so badly, they’ll do anything to take her place.

When one secret after another pops up, the only person who believes her is her enemy, Devon. Amber can’t figure out if he’s here to help or save his own immortal race from losing the ancient war against the vampires. What she does know, however, is that she can’t resist his good looks just as much as she can’t help becoming someone else…

In a world of dark magic and ancient enemies, three powerful courts fight for supremacy, and Amber might just be the pawn in winning this war forever. But how’s a girl to survive when everyone wants her dead?

Bewitched by Jayde Scott will be released on March 5th, 2012. 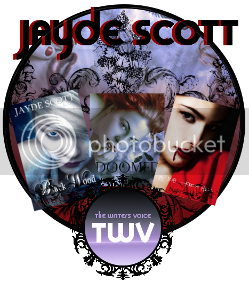 Listen to Requiem For A Dream, the inspiration behind Bewitched