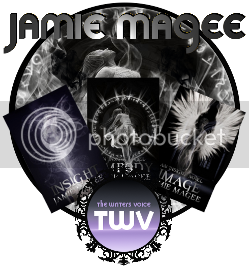 Ominous – at one time that’s how I described this time of year. I’ve always favored the in between seasons, spring and fall. I loved the spring for the undeniable fact that it was the season of new life. I loved the fall for the gentle release of the hot summer, for the crisp air that the colorful leaves danced upon. Maybe it’s because I live in the south, but I’ve always found the summers to sultry and the winters to chilling.
This year, though, I have a new perspective. One morning last week after I’d managed to get my family off to the various days they had ahead of them I found myself captivated. That moment came when I glanced out the window while waiting for my computer to come to life. I found myself gazing at the gray sky that became darker as it reached the hills around my home, amongst the trees that were now bare was a dense fog. The fog outlined every single limb on the trees amplifying how when in bloom they reach for the sun. There was a light mist in the air promising a dreary, ominous day.
I noticed something else: silence. The road that ran behind my house was absent of the usual traffic. The birds were not singing there were no distant lawn mowers, or leaf blowers, not even a dog barking. It was if the world had fallen asleep, that in that moment the worries, strives, and endless to-do list had been stolen by a world that was lost in a winter dream.

I found myself closing my lap top, pulling the blind open, and taking a deep breath as I held my gaze with the reflection of winter before me…as I listened to the silence.  I realized that moments like that one are needed, season like winter are desired. They are desired because we all need a moment – a brief period of time to reflect, to plan, to gain our energy to conquer the year ahead.
Usually around this time of year I'm tense – so use to the hustle that the holiday season brings that I plan – strive and make to-do list that are endless. I’ve always tried to know where I’m going to be three steps from now – my theory was work now – enjoy the fruits of everything later.
That morning I found myself smiling as I heard one of my characters voices dance in my thoughts. The night before I’d written a scene where one characters said to another “How do you know what you believe today – you will believe tomorrow?! Why is it that you cannot take one single second and relax – reflect? When you do that maybe…just maybe you’ll find the answer that is right in front of you.” 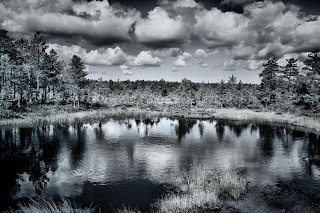 It is common knowledge that when you read you learn whether it is fiction or nonfiction – you learn. The nonfiction fills our minds with facts, and the fiction fills our minds with myths – stories that teach us how beautiful and painful life is. What isn’t common knowledge is that the first person the fictional characters teach is the writer. Characters have a way of opening doorways into our imagination that lead to thoughts that we are to foolish, scared or prideful to say to ourselves. Authors, at times, live vicariously through the thoughts of their characters. When that happens – when you read over the words that just flew from your fingertips, you find a truth in the fiction, a hidden message. My character had reached deep into my subconscious and told me to slow down – told me that where I am three steps from now is not nearly as important as the journey I will take to get there -that each moment needs to be embraced for the ‘fruits’ it brings.
I didn’t write that day, I didn’t spend hours on the social networks, plan every activity for my children. Instead I opened my nook and found a classic. I embraced the moment. I turned off that urge to push forward , that guilty feeling that told me that if I was not working I was falling behind. I fell into the ominous winter.
When I made it back to my PC I found my story still there – in fact it was clearer in my mind. All of my friends across the social networks were still right there-and even more interesting than before. I decided then that I would enjoy every quiet, cold, ominous moment of this winter. Now instead of the endless planning I’m taking time to call a few friends just to see how they are. Planning a few nights out (instead of writing) I’m taking more time to read – to learn. I’m enjoying the silence before the storm…before the year becomes alive in the spring and the race is on. There is a mean voice inside telling me that I’m wasting time – but don’t worry when it gets to loud I just send that character after it…who knows maybe now both me and Willow will get a new “Insight” to the path were are on and be better for it by winters end!
How do you plan to spend your winter? Is it your favorite season or one that you could live without?
Posted by insight117 at 12:54 PM