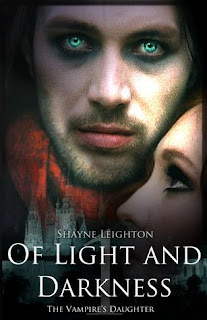 
GIVEAWAY INTERNATIONAL!
1 autographed copy of OLaD
Hey everyone!  If you have not heard of Shayne Leighton, the time has come for you to remember her name. Her resume is pretty impressive for anyone, but imagine being twenty and having it!  That's right, she is twenty, beautiful, talented and both feet are planted firmly on the ground.  Soon her book Of Light and Darkness will be made into a movie Decadent.  I'm sure my Twilight friends know who Mike Welch is... well, he is playing Aiden.... and holy cow is he sexy!  (my hubby won't read this so I'm safe).  Shayne is also a singer and I've added her video for "Not Like the Others" to the bottom of this interview.  Did I mention she is also starring in the movie adaption?   Please read the interview and enter for your chance to win a autographed copy of Of Light and Darkness!  I will be interviewing Andrew Orozco this month, so please keep watch for this interview.  He is also in the OLaD movie adaption Decadent- if you Google him, you'll find his Twilight relation...oh and you'll be glad to know he is FUNNY, SINGLE, and pretty amazing too! 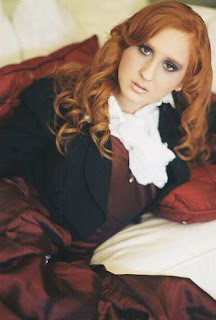 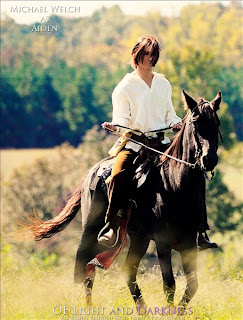 I’d like to start off this interview with a great big THANK YOU. You have a very impressive resume, regardless of age, but it is even more so because of your age. You’re a model, author, actress, singer and hardest of all, wife. I have no idea how you keep up. I’m so sad I didn’t get to see you when you were in North Carolina this fall. I hope I get another chance in the future.

Your book The Vampire’s Daughter, an Of Light and Darkness Book is being made into a feature film. You and Michael Welch (best known as Mike from the Twilight Saga) star in the movie. It must be surreal to have your book brought to life. That is pretty amazing, how did it happen?

Thanks so much for having me here! And thank you so much for the kudos!  The film adaptation of The Vampire’s Daughter (Decadent 2011) happened mostly because the majority of my background is in film. Not only on the production end of filmmaking, but in screenwriting as well. Recently, my last feature film, an independent film called “The Incubus” was released on DVD nationally by Maverick Entertainment. I loved the process of creating that film so much that creating The Vampire’s Daughter as a film just made the most sense to me. My biggest passion in life is storytelling. I love all mediums of storytelling and believe that that’s what is really means to create art – you want to tell a good story through the medium you know best. I’ve already told the story within the medium of a novel, so now I really want to tell this story with more of a visual aspect involved. Film is an amazing medium, because you are molding performances, music, design, and writing all into one fabulous story.


I approached my co-producer, Candace Charee, with the idea after getting to know her through experiences at various conventions for the ‘Twilight Saga’. I was there promoting ‘The Incubus’ and she was there as a recording artist and performer. The two of us began brain storming about the idea and it has been serendipity ever since. We’ve been in development for about seven months, and already have a stellar cast, a brilliant screenplay (which I did not write – that title belongs to the fabulous Neo Edmund), and a soon-to-be released promotional trailer and music video. I think we’ve come very far very fast and there is a lot of buzz surrounding our “little-engine-that-could” project.

You were in a movie The Incubus that was about vampires too. Do you read a lot of vampire books? If so, what has been your favorite vampire book?

Actually, even though The Incubus was in the same genre, I wouldn’t consider it to be a vampire movie. Incubi are incubi and the two are similar – but have very different mythos. I had a great time with it.
But you’re right – I’m obsessed with this genre. I love monsters. I love all things dark and wicked. And needless to say, I love vampires. So my favorite vampire film of all time is Anne Rice’s modern classic, Interview with the Vampire, and the rest of her Vampire Chronicles series.

In films, who has been your favorite vampire?

Brad Pitt in Interview was by far my absolute favorite because I think he did an amazing job combining the scariness and the sex appeal of what it means to be a vampire. There’s a certain sort of expectation for that kind of thing. You not only need to be absolutely monstrous and scary, but you need to possess that alluring, suave, sex appeal at the same time to really be convincing. I feel he performed perfectly. Plus, Anne did a great job of creating the complex and conflicted character of Louis. I like him better than Lestat, though Lestat is a lot more fun.


With such a busy schedule, how do you schedule ‘me’ time for you and your husband? Does he travel with you?

Frantisek is one of the biggest supporters in my life. In fact, when I don’t want to keep going at times, he’s the one who pushes me harder. He’s absolutely my muse and I feel that it’s because of him that I fight harder every day for what I want. Yes, he always travels with me and going on these adventures together is my favorite form of ‘me’ time. I find that we bond the most when we are working. We treat our work like our baby – especially Of Light and Darkness. Not just anyone can cradle this project. He’s just as passionate about it as I am. I am thankful that he’s such a huge part and such a huge inspiration for my creative life.

In your down time, what do you do for fun?

Haha. What down time? Down time drives me up the wall. I can’t stand sitting still. I constantly have to be working on something or working towards something. I begin to break down when I feel that my life is stagnant. Work for me is fun. When I’m writing, acting, producing, recording, filming – that’s when I’m having the most fun.

What is your ideal date with your husband? Is it a picnic and stroll on the beach? ~ OR ~ Amusement park and greasy carnival food?

My ideal date is probably the date we had this past summer when we were spending a week in Prague. We were alone. It was a sunny day. We had lunch sitting out near the Vltava River, right next to the Charles Bridge. We watched boats sail past. We talked about the last few weeks with his family. We fantasized about the future. It was peaceful, sweet, quiet, and intimate. That’s the best I could ever ask for.


I like to ask questions that others may not have thought of to ask. I hope you’re ready.

I am so ready! I’m tired of answering the same questions!

1. Are you a dog or cat person…possibly python???

Don’t tell my fuzzy child, Bean (the cat)…but I am really more of a dog person. But she’s the exception. Bean has a hysterical, little personality. She thinks she’s human. She makes me laugh. In fact…she’s sitting right next to me as I type.
I don’t know. I love all animals, really!

Awesome question! My mom is from Long Island, so I better get this right. Sauer Kraut and mustard. No ketchup. Ever. To eat a hot dog, you must be a hot dog purist!

3. If you could have lunch with any poet dead or alive, who would it be?

Easy! Edgar Allen Poe. His mind is divinely dark, and I would love to just listen to him speak for a while…

4. Do you read Indie books? How do you feel about the Indie Author World Domination take-over?

Well, because I am an indie author and an ENORMOUS supporter of independent films, music and every thing else, I must read indie books. I think artists that take their own big breaks into their own hands are worth it. They deserve a voice. Indie authors deserve to be read, because we work as hard as anyone else. There’s a stigma attached to independent media, but I’m happy to see that slowly disappearing and audiences/readers are growing to appreciate more and more the things that are not produced by large conglomerates. We put out quality work too! We really do! And we put out different work that maybe readers would not stumble across otherwise. I know for a fact my book was too controversial to be picked up by a commercial publisher. But it also wasn’t adult enough to be considered adult. I found my place exactly where I need to be and I am very happy here.

5. In the event of a zombie apocalypse, how will you protect your family?

6. I know these guys are old to you, but I gotta know - who is sexiest… Robert Downey Jr. ~ Tom Cruise ~ George Clooney ~ Johnny Depp?

Hahaha…they aren’t THAT old to me! They are still VERY sexy, so I’ve gotta go with my man, Johnny. The dark and twisted ones will always score big with me. If you were Edward Scissorhands, you win the sexy award!

7. What is the sexiest way for a man to kiss a woman?

I love this question. There’s got to be a lot of feeling behind it. If there’s intent, then you’ve achieved a sexy kiss. You’ve gotta mean it. I tend to like one hand on my face, and the other at the small of my back so I’m being pulled toward you. I like intensity.

8. Growing up in an age that is all hi-tech, do you have to have the latest coolest electronics? Do you have a Nook or Kindle?

I don’t. Just like my hot dogs, I am a book purist as well and my entire library is sitting in paperback and hard cover on bookshelves in my room. I do have the iPhone though. I can’t live without certain gadgets! Haha.

Book ~ Interview with the Vampire
Author ~  Anne Rice
Food  ~ Pomegranates and sushi (but not together…)
Song ~ My favorite song changes every month. Right now it’s Marry the Night…because Lady Gaga is my woman…and I know EXACTLY how she felt when she wrote this song.
Band ~ Mumford and Sons
Musical Instrument ~ Cello.

Shayne - Thank you so much for being a good sport and doing this interview. I’m always happy when I find an ambitious young adult that is focused on their future. I wish you much happiness and success.
Thank you very much once again! It was a pleasure and a lot of fun! 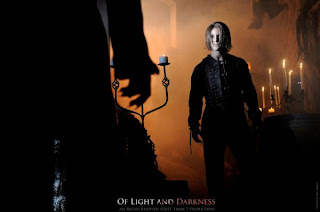