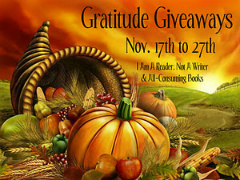 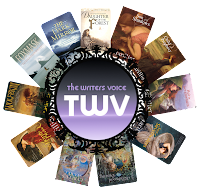 Give a warm welcome to a personal favorite of mine and an amazingly generous guest author
Juliet Marillier!
Who do you feel is your most relatable character to readers?
Different readers relate to different characters. If I had to choose one it would probably be Sorcha, the protagonist of my first novel, Daughter of the Forest. Many readers have told me they identified very closely with her, including feeling they could not speak aloud while following her story (in which a fell enchantment requires Sorcha to remain silent while making the starwort shirts that will return her brothers to their human form.) I often write in first person from the point of view of a young woman, and that does allow readers to get very close to the protagonist.


Are the traits of anyone close to you apparent in your characters?
Oh yes – but I never create characters who are actually based on real individuals. All characters are based on the writer’s observations of real life, but most writers mix up those traits, so individuals are never recognisable. I imagine the strong female protagonists of my novels owe something to the influence of my mother, my sister and my daughters, but there is definitely no character actually based on any of them – they would hate that!


Who do you feel is your most unique character?
Gogu, the frog from Wildwood Dancing.

Do you have a playlist for each of your novels? If not, can you think of a few relevant songs?
Shadowfell: On the Edge by Scottish folk/rock group Runrig. Easily found on YouTube.
From the North, also by Runrig
Wildwood Dancing and Cybele’s Secret: Any track from the album This Drink, This Moon, performed by the Doch Gypsy Orchestra.
Sevenwaters novels:
The Bonny Swans - Loreena McKennitt
Bonny Portmore - Loreena McKennitt
Fear a Bhata - Capercaillie


If you could have any extraordinary gift or super power what would it be and why?
Healing touch / ability to communicate with animals. I’d love to be able to alleviate the suffering of animals that have been mistreated or neglected by humans. Just imagine if they could tell us their stories. Mind you, I am so close to my own three (rescued) dogs that they almost do that already.

Why did you finally decide to write one and when?
I started writing Daughter of the Forest during a time of major change in my personal life. I had no intention of submitting the manuscript to publishers – it was as much personal therapy as anything, though I had always wanted to write a novel based on the Six Swans fairy tale, one of my favourites. Daughter of the Forest took me three years to write, very part time as I was working in a full time day job and was a single parent with two children still at school. That was in the mid-1990s. I was unusually lucky – when I did decide to try my manuscript with a publisher, it was accepted quite quickly. It was published in 1998.


Which came first for you: the characters, setting, or plot?
It varies from book to book. Usually what comes first is an idea or theme plus a setting; plot and characters develop from that. I do plan out the entire novel before I begin writing. Some writers prefer to start with only a broad idea of where they are headed – they find that a more creative and flexible approach. For me it’s much easier to write with a structure already in place. My approach means less re-drafting later. Both methods can work well. It depends on what kind of writer you are, planner or ‘pantser’ (someone who goes by the seat of their pants.)

What is the hardest emotion for you to convey?
The challenge with conveying emotion in writing is not to overdo it – less is more. Emotion is more effectively conveyed if it’s shown by a character’s actions or body language rather than described (the good old ‘show, don’t tell’.) I don’t find one particular emotion harder than the others to convey. I recognize the times when I’ve done it well and the times when it’s been a bit clumsy.

Is there one book that has had an impact not only on your writing but on you personally?
Women who Run with the Wolves by Clarissa Pinkola Estes. It’s a discussion of women’s roles in traditional storytelling and it’s full of wisdom (plus some fabulous stories you won’t find anywhere else.) I read it during a period of personal turmoil when I was trying to make sense of a lot of things in my life, and it had a profound effect on me. Estes is a Jungian psychologist and oral storyteller.


Who are the writers who have inspired you the most?
Charlotte Brontë, Daphne du Maurier, Mary Stewart, Dorothy Dunnett

When you were growing up what did you want to be?
A veterinarian. I’m glad I didn’t pursue that career choice because I am far too soft-hearted.

Do you write in the mornings, nights, daily or when the mood strikes you?
I have to write daily to keep up with my work under contract. The number of hours depends on how much I have to do – when deadlines are looming I put in a very long day. At less pressured times I may only do a few hours. A full time writer has many tasks to attend to in addition to writing the next new book. Some of these are research, editing, checking proofs, responding to email and correspondence, updating a website and Facebook fan page, running workshops, attending conventions, judging writing competitions, doing accounts … My working day is structured around the dog routine – I tend to their needs in the morning before I start writing, including a big walk, and I take breaks for their meals, their second walk etc. That’s good for me, it stops me from sitting over the laptop for too long at a stretch.

Who is one person in the past or present who you felt was truly visionary?
Leonardo da Vinci, a great innovator in both the arts and the sciences.

Do you ever get writers block?
The term writers block can refer to anything from lack of self-discipline right through to clinical depression. That makes me wary of generalizing about it. For me, there are some days when the writing doesn’t flow so well, and that can be a problem if I’m under pressure to complete a book by a particular date (almost always the case.) I use those days for some of the related work I mentioned above, such as research reading, answering letters or updating the website. Physical exercise is a great circuit-breaker. I get most of my best ideas while out walking the dogs. I’ve never experienced an extended period of time during which I felt I couldn’t write.

What is your world-building process like?
My novels all have settings based on real world history and geography. So my world-building process is not like that of a writer setting out to invent an entire secondary world. I start with a lot of research into the time, place and culture of the story. The more historical and the less fantastic the story, the better that research needs to be. The uncanny elements in my novels are always based on the mythology and folklore of the period, and what the people of the time and culture might have believed in. So as well as the historical research, I read lots of traditional stories and books about folklore. I sometimes travel to the place where the novel is set, and that has taken me to some fascinating parts of the world including Transylvania, Turkey, Orkney and the Faroe Islands. In the Shadowfell series I am going for a more fantastic, less historical setting, but readers will still recognize it as a version of ancient Scotland.


A big round of comments for Juliet!
Thank you so much for coming!
To celebrate Juliet sent us a copy of: 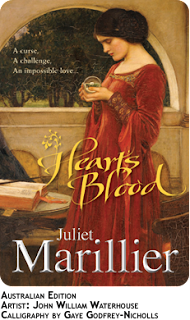 to giveaway to one lucky entry!
Enter here: (Wait for form to load)