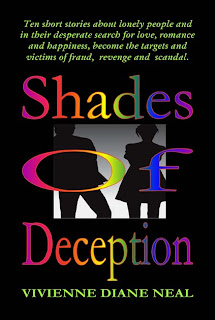 I did not learn how to write until I went to college. “How does one get accepted into college without knowing how to write?” What I mean is that writing correctly was not one of my strongest points. I had my share of dangling participles, run on sentences and incorrect use of tricky words, i.e. to, too, who, whom, lose, loose and so on. So becoming an author was never in the picture.

When I decided to go to college, I was in my late twenties, which was a surprise to me, because I had no interest in going to college when I graduated from high school. However, that all changed when I started to work at a textile company that made linings and interfacings. The company employed home economists in various regions of the country. Their job was to go into stores and demonstrate how to use those materials when constructing clothing. This is when I became interested in becoming a home economist.

Since a degree in home economics was required, I made up my mind to register at a community college where I obtain a Liberal Arts Degree. During my first year there, I was required to take English. The professor, who taught this subject, inspired me to be a better writer. She made the course exciting and stressed good grammar, correct use of words, and proper sentence structure in a clear-cut way. Still, becoming an author was never on my radar. I went on to complete my BS degree in Home Economics. That was in 1979.

In 1982, the court summoned me for jury duty. While serving, I met an editor who represented a major publishing house. When she discovered that I was a Home Economics Consultant, she thought I should write a book on home management. I made it very clear that I was not interested in writing a book. She kept insisting, and I kept saying, “No.” She was persistent. Finally, I gave in, developed an outline and sent it off to her publisher. A couple of weeks later, I heard from the publisher. They turned down the idea. I cannot remember the reason they gave for rejecting the synopsis. Even though my heart was not into writing this book, my ego was somewhat bruised.

Then in 2006, I started my second online dating site. Everything was going great; people were joining and becoming paid members, and I was making money. Then the unthinkable happened. After operating this site for over a year, and without any warning, the affiliate closed my site. After getting over that initial shock and displeasure, I wrote an article about the incident. From that piece, I wrote and self-published my first book, “Making Dollar$ And Cent$ Out Of Online Dating.” It is my personal journey into the difficulties I encountered while finding a company to host my site.

Eventually, I started to write short stories and decided to put those narratives into a book called “Shades of Deception,” a collection of ten short stories, and “Malicious Acts,” an anthology of five short stories. The genre is contemporary romance. Since my business is all about romance, my stories center on relationships, love, lust, deception, manipulation, betrayal, scandal and fraud.

Writing these books has had its challenges, but the rewards of having a product that you were involved with from start to finish, outweigh the setbacks. As a self-publisher, I have had my share of blunders. Even though I consider myself a good writer and sometimes become overconfident, I make mistakes and so do traditional publishers. After publishing my books, I had to revise them, thanks to an author who gave me some constructive feedback. He found my stories clear and engaging but thought my segments were too long. After reviewing my books, I understood what he meant. Therefore, I split my lengthy paragraphs into shorter bits, and corrected a few mistakes, which somehow my proofreader and I missed. I learned a very good lesson. No matter how great of a writer I may think I am, I am not flawless.

For over twenty years, I wrote and edited articles for my past two publications and created a singles’ publication. I did not realize it then, but I was preparing myself to become an author. I still do not see myself as a novelist. Writing comes naturally to me. If I had to choose between reading and writing, I would pick the latter. Recently, someone asked me to provide a letter of recommendation. I did and read to her what I had written. She then asked, “Did you write author after your name?” I laughed and said, “Of course not.” :)

The author is now semi-retired, but she continues to write short stores and articles on love, romance, relationships and other topics of interest.