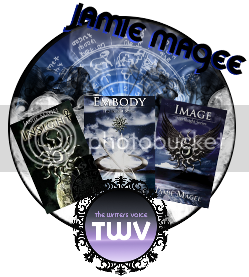 I LOVE music – no I mean I really LOVE music. At any given hour of any given day it is playing around me. I’ve always thought it was both eerie and amazing that when you turn on the radio, Pandora or even just hit shuffle on your IPod that the songs that play reflect how you are feeling , and when they play your emotions about your life are intensified. One of the coolest things about musicians or any artist, including writers is that they can invoke an emotion at a distance – you could even argue that it’s their own supernatural power.


A lot of writers often use playlist as they write. For my first book, Insight, I did not have a ‘play list’ to the story - it flowed to rapidly for me to come up with one. While writing my second book, Embody, I noticed that some songs I was hearing on Pandora and my iPod reminded me of the Insight story and that lead me to seek out a playlist for Embody. If I remember correctly I only came up with six or seven songs before Embody was complete. The love of a playlist while writing came into full effect for me during the thought process of my third book Image which will release on Nov 8th.


Music had taken on entirely new role in my life by that point. When I heard songs I didn’t even bother to feel the connection between the lyrics and my life, but instead I connected the music to my story. With that mind set I was compelled to step deeper into music and find new bands or sounds that could inspire me. My friends, who come from all walks of life, were all too eager to help me expand my musical taste. Almost every day a new band or song was suggested to me. I loved every suggestion even if it didn’t fit my story because it allowed me to see how others saw the Insight story – my style of writing.


The way the playlist for ‘Image' was created was nothing short of fate (either that or the universe screaming at me to listen to this certain voice/band). Within the span of one week two people, both named Taylor, one boy, one girl – from two opposite sides of my life handed me the same band, the same album. My only problem was that this new band was mixed in with several other bands that were also new to me. Each day as I drove, worked, or just wrote my iPod would be on shuffle and if a song seemed like if fit the Insight series or inspired me I would put it on a playlist.

There was lyric that I adored in this shuffle ‘We’ve become desolate ’ ( I love unique words that are not used every day!) but every time this lyric played my hands would be full, or I would be on the phone and the song would be over before I managed to see who's singing it. I was so new to my iPod that in my rush to skip back I would skip to far or something crazy like that. Long story short this lyric was illusive to me and it was driving me mad. So much so that one night my husband decided to solve this little problem. After the kids went to bed we sat down in front of the iPod deck and shifted through countless bands and songs ( we had our own little concert going on). Finally, a few hours into this I heard my sound, and discovered my now favorite band, Breaking Benjamin. 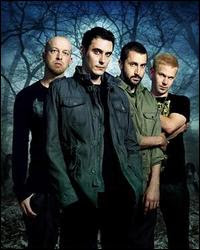 I’m one of those crazy people who find something they like and dives deeper into it. So, I put the album Phobia on repeat and went about my life. It was Christmas time and life around me was nothing short of erratic. My plan was to just daydream until the New Year then put the third installment of the Insight story into a word document. Apparently my muse had a different plan and used this band as its own personal weapon. Some might say that the screaming guitars and electrifying drums laced with a hypnotic vocalist was too angry for my love story, but I heard something different. I head a character that I had not given much attention to (beyond the bad guy – stay away) break free in my imagination and tell me his side of the story, yes, Drake Blakeshire began to haunt me day and night as I listened to this band. So much so that I could not bare to wait another second before I began Image. In fact, I sacrificed sleep and food just to get this story out of my system so could have control over my thoughts once again.


What I heard, saw, and felt within the sound of Breaking Benjamin was pleading cry of someone who had been misunderstood and faced a hardship that could not be fathomed. This insight( forgive the pun) allowed me to take the Insight story into a new level – one that was faster paced and much darker, yet somehow the love story remained.


The impact Drake made in the third book was so strong that I had no choice but to go back and re-write Drake’s lines in the first two books. I often wonder what this series would look like if I had not found a band that helped me see Drake clearly for the first time. I also find it eerie that this band created the Phobia album years before I began writing, yet the lyrics and powerful sound match the intensity of my character, Drake Blakeshire.


So today no matter what story I’m writing I manage to add a Breaking Benjamin song to my playlist, even if the song does not match the story. The sound of the band reminds me of how powerful music is when it comes to my imagination and emotions.


Who is your favorite band/song? What about that musician attracts you to them? Keep in mind I am ALWAYS looking for suggestions for new bands/ songs to add to my playlist!