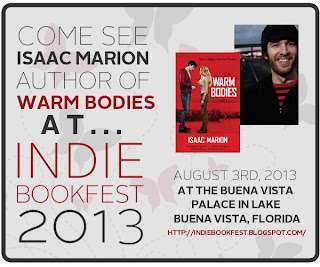 This is by far, the best answers to an interview.... EVER.  So the interview will be listed first, because you want to laugh.... I did.

Michael, this has been the hardest interview I’ve ever written.  When I decided to highlight authors from Indie Bookfest for The Writer’s Voice, I was hoping to get to know some new authors.  You’re a new author to me, and you’re interesting and have thought provoking books.  I’ve spent the last twenty minutes reading reviews of A Warm Place to Call Home (a demon’s story) and I’m adding it to my TBR list.

1.  When you came up with the idea to write A Warm Place to Call Home (a demon’s story), did it come to you one minute, and you started writing it the next?
First off, thanks for having me, Devyn, and I hope you enjoy A Warm Place to Call Home! When the idea came to me, I actually had 5+ other books queued up to write, and had been intentionally avoiding new ideas as they tend to distract me from actually getting anything done. I had been writing in the Sci-fi genre for a few years and my stories always require insane amounts of research. This fact and process has generally made my start-to-finish writing time run 6-9 months. With A Warm Place… I had just finished the first draft of my 2nd book and needed to write something else for a couple months to get my mind off of it (to then be able to come back to it for editing with a fresh, more objective outlook). I didn’t want to start down the road of one of the other books in my queue due to the time commitment, so I decided to go for a shorter, less research-intensive story.
My wife helped me out there. When I told her I was trying to think of something new and different, she suggested I change my approach. “Don’t start with the concept, start with a character.” I dedicated A Warm Place… to her because that brief conversation triggered my brain to come up with Frederick, the demon “star” of the book. I began writing the next day, and didn’t stop until it was done, 5 weeks later.

2.  I’ve never talked to you, but I get the vibe you have a dry sense of humor, I do too.  By your reviews, you have a humor element in the story; can you tell me more without giving any spoilers?
Your vibe may be onto something, and it’s gotten me into trouble over the years. I guess I always assume everyone “gets it” but many people just aren’t wired that way and take things at face value. I’ve since incorporated a wink or direct “Just kidding” if I receive the wrong expression in return.  In the case of Frederick, his voice came easy to me because he’s my first 1st person character. I simply wrote stream of consciousness and my voice became his. He’s a dirty dirty fellow though, so I don’t want people to think those parts are me, but his quite frank outlook on the world was a fun way to channel some of my own thoughts. Frederick says he hates f***ing pigeons, for instance. We happen to share this sentiment, he and I.

3.  If your mentally unstable cat (your words) were to describe you and your family, what would he/she say?
It’s funny you should mention that. Atom the Cat (first name Atom, last name the Cat), has much to say about our family. While I like to think he loves us, I get the feeling he sees our home as a prison, preventing him from killing every living thing he sees outside the windows. But I think it’s best he answer himself, so I’m picking him up onto my desk:
Azsx [pl.] mkn0 s2q3w4fc -09
He’s so funny. He also plays the piano.

4.  You’re traveling the longest distance to Indie Bookfest, what made you want to join in the fun with us wild and crazy authors?
Where I live in Northern California, the summer temperatures can run into the triple digits. I wanted to have at least a brief escape from the oppressive heat, and I understand Orlando remains a cool, dry 73, year round.
I also received a referral from another Bookfest participant, Shannon Morton, who said she thought I’d fit in well with all you women. Come to think of it, I’m not sure what she was implying… but anyway, I need to get out more and use my nifty conference banners more than once a year, and Indie Bookfest sounds like it’s going to be a blast.

5.  Final question…. What’s your favorite flavor jellybean?
It might be somewhat telling, but when I try to think of a favorite, the first things that come to mind are those I loathe. Black jellybeans: puke. Buttered popcorn: kill me. There are certain things that don’t belong as candies or other sorts of sweets. I would have trouble in England where the term “pudding” often involves some sort of meat and/or boiled pig blood. So to sum up: Piña Colada. 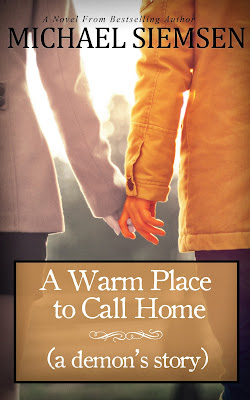 A Warm Place to Call Home (a demon’s story)


244 Pages
Kirkus Reviews calls it: "A well-spun, engaging...supernatural tale...with a devilishly ambiguous ending."
Frederick is a demon. Born in Maryland in the early 1980′s, he hasn’t a clue where he came from or why, but feels an irresistible desire to occupy a human body. Once inside, he finds the previous occupants’ consciousness and memories forever erased, an inevitable side effect that gives Frederick pause when switching bodies, but not so much as to truly halt his ongoing enjoyment of human lives. In various bodies, he travels the world for decades–aimless–sampling cultures and experiencing life from the points of view of males, females, young, old, rich, poor.
Now, Frederick has an urge to return to his roots in America, explore the mystery of his origin, find someone to love, and settle down for a while. In his hometown, his mission bears fruit much faster than he expected, as person after person presents themselves, and following his impulses, he is lead directly to love, tragedy, answers, and the humanity he never knew he wanted.
Goodreads  |  Book Trailer
Purchase Links
Kindle  |  Nook  |  Kobo  |  iBooks  |  Paperback  |  Collector’s Hard Cover

AUTHOR BIO
Michael Siemsen struck it big with his debut novel, The Dig, a paranormal archaeology thriller that reached Amazon and Barnes & Noble’s Top 100 Bestseller lists, and spent weeks as the #1 Science Fiction book in 2011.  Its success allowed him to escape his soul-leeching job and work as an author full-time. The sequel, The Opal, was released a year later, and the third and final book is in the works. His new novel, released in March of this year, A Warm Place to Call Home (a demon’s story) is a departure from his Matt Turner Series.
Michael has been featured by Barnes & Noble, been reviewed on several major blogs and sites such as Penny-Arcade and Boing Boing, and received a glowing recommendation from author Charlaine Harris.
He is currently at work on the prequel to A Warm Place to Call Home (which should be released this winter) while enjoying spending more time with his family, lazy dog, and mentally-unstable cat in the San Francisco Bay Area. Michael also offers editing services for a few select manuscripts per year.
AUTHOR LINKS
Website  |  Facebook  |  Twitter  |  Amazon  |  Goodreads 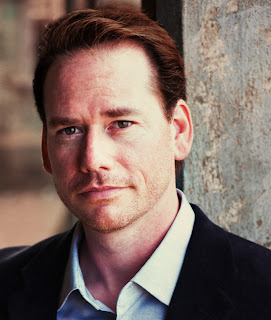