Recovering the Muse and Surviving a Delayed Book Release 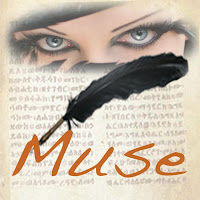 Book delays. They happen to all authors at some point in their careers. I know it has happened to me before. In January of this year, life decided to throw some punches at me that I didn’t see coming. My mom was hospitalized, car woes had me down, and then I wound up being hospitalized for a short time earlier this month. Those events were enough to throw me fully off the writing track. And then my muse decided she couldn’t handle the stress either. So she locked herself up in her little apartment and told me to give her a call when things calm down.

While I was in the hospital, I kept thinking: “Aw man, my readers are going to be so upset that I have to delay this super hyped buzz book”. It’s called the Prelude, my first time dabbling in a full blown romance with no supernatural anything. I mean, I’m already nervous as all heck about this release, and now I have to tell my street team that it’s going to be delayed by a month. They’re probably going to send the firing squad out after me, aren't they? Wrong! Instead, the opposite happened.

On the day before I headed out to the hospital, I posted a note to my readers saying that I’ll be offline for an extended period of time. When I returned online a week and a half later, I found all sorts of well wishes posted on all of my online homes. The world understood that life happens. Sometimes books actually get delayed. 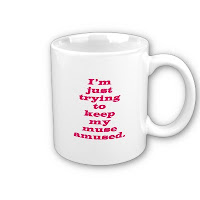 As an indie author, I know how tough it can be to meet a deadline. It’s even worse when writer’s block sneaks into the picture on top everything else. But what I’ve learned from this experience is that it’s best to take care of your health, your family, and your friends when the need arises. The world will understand. And the muse will feel even more amused when she doesn’t feel pressured to deliver fresh prose while she’s stressed out. This is the way of thinking I’ve adopted. I only hope that it helps you out as well.