New Adult Books: Do They Have to be Graphic? 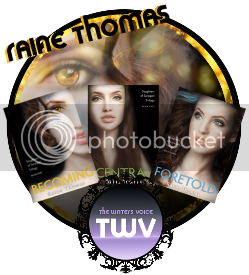 About a month ago, I participated in a literary event at a local middle school with several other Young Adult authors. While we were killing time between classes, we discussed our current and future projects. One of the authors mentioned that she intends to write a New Adult novel, but she isn't sure how comfortable she'll be while writing scenes with graphic sexual content.

I can empathize. Well, let me rephrase: I also have concerns about writing scenes with graphic sexual content. It isn't that I'm uncomfortable doing so. Actually, I wrote adult romances before I decided to write YA. The issue is that my brand is a YA brand. Many readers of all ages contact me and express how much they love the fact that my books feature romance and sensuality without being too graphic.

That being said, I told the other authors that I wouldn't write a NA book. I wasn't going to risk alienating my core audience by writing a book featuring scenes that might make them uncomfortable. Like this other author, I had come to associate New Adult books with those that depict graphic sex.

I've since learned that this isn't necessarily the case. NA is a genre that bridges the gap between late teens and mid-twenties, a period when many young people are just figuring out how to be adults. Yes, this period of time often encompasses exploring one's sexuality, but it also includes topics such as learning how to balance school, a social life and a career, living on one's own for the first time, becoming of legal age to drink alcohol, and similar topics. Also, the treatment of these elements (how graphic they are) varies by author.

About two weeks ago, I realized I was going to write a NA standalone novel. No one could have been more surprised. I had started working on another YA series and had gotten as far as drafting character sketches and doing some world-building. But there were these two characters in my head telling me that I had to write their story, and it's going to be a contemporary NA romance...without graphic sex.

I turn to you, readers, and ask if you feel NA books have to include graphic sex to compete with other books in this genre, or if you feel books that "fade to black" when things get hot and steamy are as satisfying to read. Inquiring minds want to know!
Posted by Raine Thomas at 4:00 AM