One Author, Two Series, who knew? 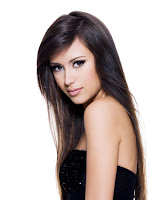 I’m 36,000 words into the first book of my new series and I’m terrified. Yes, you heard me, I said terrified. The Grey Wolves Series is my first series ever. It’s the first books I've ever written in my life, the first characters that I wrote and grew to love and think of as friends and the first series that readers have grown attached to. It’s not over yet, there are still more books to come in that series, but I decided to go ahead and start a new one. I had all these ideas swirling around in my brain and it’s messy enough up there I decided I better clean house and get some of them down on paper- so alas we have the Elfin Series.
I was working on it today and my husband called me about lunch and I bit his head off. He was like what’s the heck Quinn? My response…my book sucks. Yep, that’s all it takes to put an author in a head biting mood. To read what you've written and go man that sucks. I just kept comparing it to the first series and worrying about others comparing it to the first series, and to each character and to blah, blah, blah. It’s enough to drive a person crazy, and my husband is pretty sure I past crazy a few exit’s back so what’s next for me? Yeah, that’s what I’m worried about lol. So I emailed a friend and sent her what I have of Elfin so far and I was like “hey, be brutally honest with me, no matter how painful it might be, I need to know if this sucks.” FYI all you BETA readers, when an author says be honest, they really mean it. I’m blessed to have very honest readers. I don’t want someone to tell me they like what I wrote because they don’t want to make me mad or don’t want to hurt my feelings. By all freaking means, to keep me from putting out some crap and plastering my name on it, smiling like an idiot and printing out a bunch of copies said crap- hurt my feelings! Stomp my heart out, if it’s going to make me a better writer.
That said she sent me back an email that really helped me clear my head and helped me see that at this moment in time, everything I write that isn't in the Grey Wolves Series is going to seem like crap…to me-hopefully it isn't  It’s very challenging to say the least, for me as a new author, to attempt to write two series at the same time. I want to make sure that I put out the best books I can no matter the series. I want people to pick up a book with my name on it and know that I've given 110% every time I sit down to write and I pray that that 110% is worth every bit of their time.
Am I still terrified, hell yes! But, maybe a little more excited now as well. Excited to embark on a new journey with new characters. Excited to explore a new romance with new emotions and most of all excited to bring a new impossible world to life.
Posted by Quinn Loftis at 2:00 AM