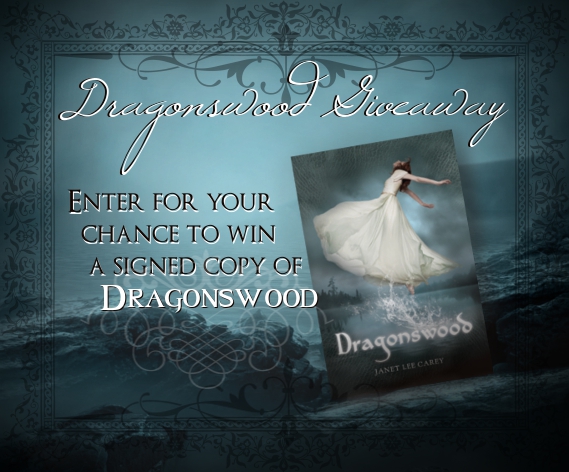 A big thank you to Janet Lee Carey for the opportunity to host this giveaway for Dragonswood!


Wilde Island is not at peace. The kingdom mourns the dead Pendragon king and awaits the return of his heir; the uneasy pact between dragons, fairies, and humans is strained; and the regent is funding a bloodthirsty witch hunt, hoping to rid the island of half-fey maidens.

Tess, daughter of a blacksmith, has visions of the future, but she still doesn't expect to be accused of witchcraft, forced to flee with her two best friends, or offered shelter by the handsome and enigmatic Garth Huntsman, a warden for Dragonswood. But Garth is the younger prince in disguise and Tess soon learns that her true father was fey, making them the center of an exciting, romantic adventure, and an ancient prophecy that will bring about peace between all three races - dragon, human, and fairy.

How to enter:
(The Rafflecopter form below may take a moment to show up on some computers) a Rafflecopter giveaway
Posted by Emma Michaels at 12:02 AM